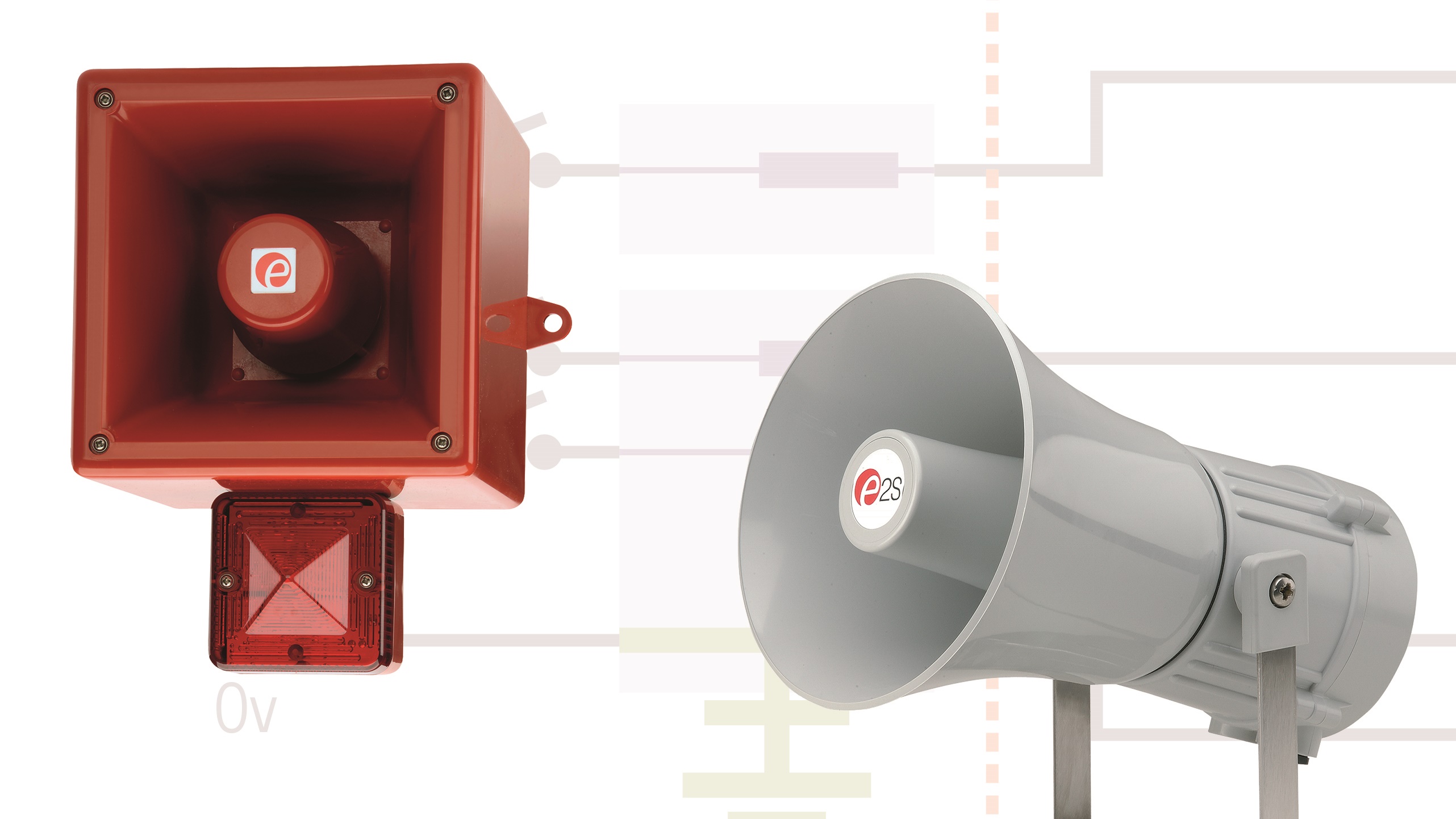 Sound is defined as any pressure variation that can be heard by the human ear. This means an average range of frequencies from 20Hz to 20kHz.In terms of sound pressure level, audible sounds range from the threshold of hearing at 0 dB to the threshold of pain which can be over 130 dB. The dB (decibel) is the standard measurement unit in acoustics, yet it can be confusing to understand. The unit of measure, the Bel, was originally established in 1928 by The Bell System Company in the USA to describe sound levels. The most important principle of the Bel scale is that it is by definition the ratio of powers. It originally related to sound level powers, but has since been generalised to all types of powers.

Sound level power, SPL, has a huge range. It starts at the threshold of hearing (TOH) which equates to a sound level of about 10-12 W/m2. To put it in other ways, the TOH is a power level of 1 trillionth part of a Watt per square metre, 1/1,000,000,000,000 W/m2, normally referred to as a picoWatt. The onset of pain occurs at about 10W/m2, and the power level required to rupture an eardrum is 1000W/m2. Some of the loudest recorded man-made sound is from rocket launches; the Saturn V produced about 100W/m² at a distance of 1500 m from the launch pad. When you consider that the sound pressure levels doubles every time the distance halves, at 750 m it is 200W/m2, at 375 m it’s 400W/m2 and if you were ill-advised enough to start walking towards rocket during the
launch, at around 180 m your eardrums would burst – assuming that you haven’t been burnt to a cinder by the exhaust gases first.

There are 15 orders of magnitude (from 10 to the minus 12 to 10 to the power of three) between the threshold of hearing and the rupture level. When there is such a large dynamic range, it is more convenient to describe the values in terms of the log of the ratio of the power levels to a reference level.

For sound, the TOH is used as the reference. A whisper is a sound power level of about 100 times the TOH. This is a sound level of log (100/1) = 2 Bels. A vacuum cleaner is about 10 million times the TOH, its loudness is log (107/1) = 7 Bels. On the Bel scale, the loudness of a Space Shuttle launch is only 14 Bels, which doesn’t give much of an indication of the noise intensity a mile from the launch site. In fact, its loudness is 1014 or 100 trillion times greater than the TOH. It’s a bit like not realising that one light-year (the distance light travels in a year) represents a distance of about 10 trillion (10,000,000,000,000) km.

To give the scale more meaning, rather than referring to the Bel directly, by convention, we’ve expanded the scale by 10x and use units of 1/10th a Bel, which is called a decibel, or dB for short. A dB is always, without exception, by definition, 10x the log of the ratio of the powers: in units of dB = 10 x log(P1/P0). On the dB scale, loudness ranges from 0 dB as the TOH up to 140 dB for the space shuttle launch.As can be seen from the tables below, an increase of 3 dB represents a doubling of the sound pressure, but in practice, an increase of about 10 dB is required before the sound subjectively appears to be twice as loud. The smallest change we can hear is about 3 dB. The subjective or perceived loudness of a sound is determined by several complex factors, the main one being that the human ear is not equally sensitive to all frequencies. It is most sensitive to sounds between 2 kHz and 5 kHz, and less sensitive at higher and lower frequencies. This difference in sensitivity to different frequencies is more pronounced at lower SPLs than at high SPLs. For example, a 50 Hz tone must be 15 dB higher than a 1 kHz tone at a level of 70 dB in order to give the same subjective loudness.

A value of an output power of -3 dB means that the ratio of output to input power is 10-3/10= 0.5. This is what most of us understand: -3 dB down is a 50% drop in power. The main difficulty in relating to a dB scale is visualising that large differences in power are represented by relatively small increases in the dB level. For instance, going from a level of 100 dB to 110 db equates to an increase in the SPL from ten thousand million times the TOH to one hundred thousand million times the TOH; an increase of 10 dB doesn’t convey the magnitude of the change.


E2S audible warning product outputs
In order to facilitate comparability between different products, the output from all E2S sounders is specified as x dB(A) at 1m. The db(A) unit refers to the frequency-dependent weighting given to a signal in a manner which approximates to an inverted equal loudness contour at low SPLs. The 1 metre distance is significant because the output from a sounder falls by 6 dB with each doubling of the distance from it.


Reduction in dB(A)  10 2 (1m doubled)
-6 4 (2m doubled)
-12 8 -18 16 -24 32 -30 64 -36 128 -42 256 -48 512 -54
So, to give a simple example, a 100 dB(A) at 1m sounder has generates a SPL of 70 dB 32 m away. This attenuation is significant because it defines the effective coverage area of the device. In fire systems, the UK Code of Practice, BS5839 Part 1, states that the effective distance of a sounder is when the calculated dB(A) is at least 5dB(A) above the known ambient background noise.  For example, the effective distance of a 100dB(A)@1 metre sounder in an ambient of 65dB(A) is the distance at which the sounder output level reduces to 70 dB(A) i.e.  100 dB – 30 dB = 70 dB.  So, a 100 dB sounder has an effective area, assuming uniform sound distribution of a circle of 32 m radius from the unit. However, the output from a 121dB(A) @ 1 metre sounder does not attenuate to 70dB until approximately 300 metres from the source, giving the unit ten times the effective distance and, even more importantly, 100 times the coverage area.
In the open, sound will spread in all directions, but in an enclosed space, some will be reflected and an increased sound level will result.  The closer a wall-mounted sounder is positioned to the ceiling, the more sound will be reflected; for a ceiling mounted unit, the reverse is equally true.  A sounder mounted on a wall is more effective than when mounted on a pillar.  Sounders should be sited to avoid immediate obstacles and at an ideal height of 2 to 2.5 metres.  Synchronised sounders (not a BS5839 Part 1 requirement) give a more effective overall effect since the pressure waves reinforce each other as they propagate.
The majority of E2S’s sounders have outputs between 100 and 120 dB(A), and are designed for use in high ambient noise level industrial and marine applications. Many ranges are explosion proof or intrinsically safe for use in hazardous areas. Additional ranges include wide area sounders with outputs around 140 dB(A) at 1 m, higher than the threshold of pain, used in quarries, on large industrial and petrochemical sites and for flood warning and civil defence requirements are also produced. At the other end of the output scale, panel buzzers and bed head sounders have outputs in the 80 – 90 dB(A) range.
To view E2S audible signals, choose your application below:

Join over 17,626 industry professionals and get our latest news sent directly to your inbox.